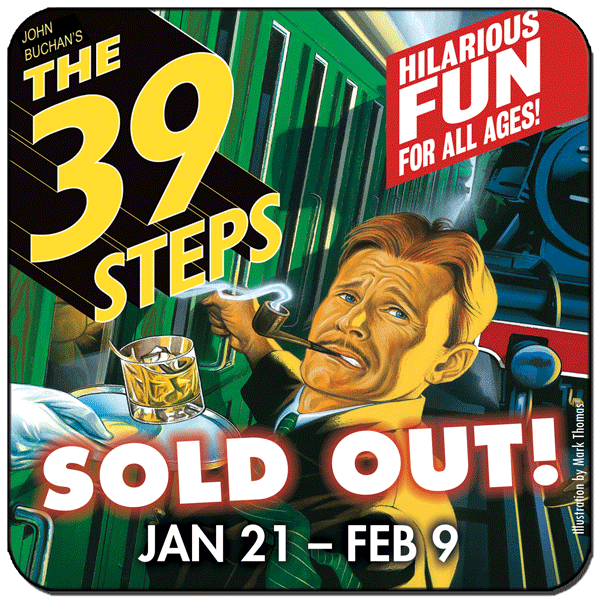 Mix a Hitchcock masterpiece with a juicy spy novel, add a dash of Monty Python and you have The 39 Steps, a fast-paced whodunit for anyone who loves the magic of theatre! Winner of two Tony Awards®, the play is filled with nonstop laughs, over 150 characters (played by four actors), a plane crash, handcuffs, missing fingers, and some good old-fashioned romance.

We're Sorry!
Tickets are not currently available online for this event. Please contact our box office to get up-to-the-minute ticket availability information.